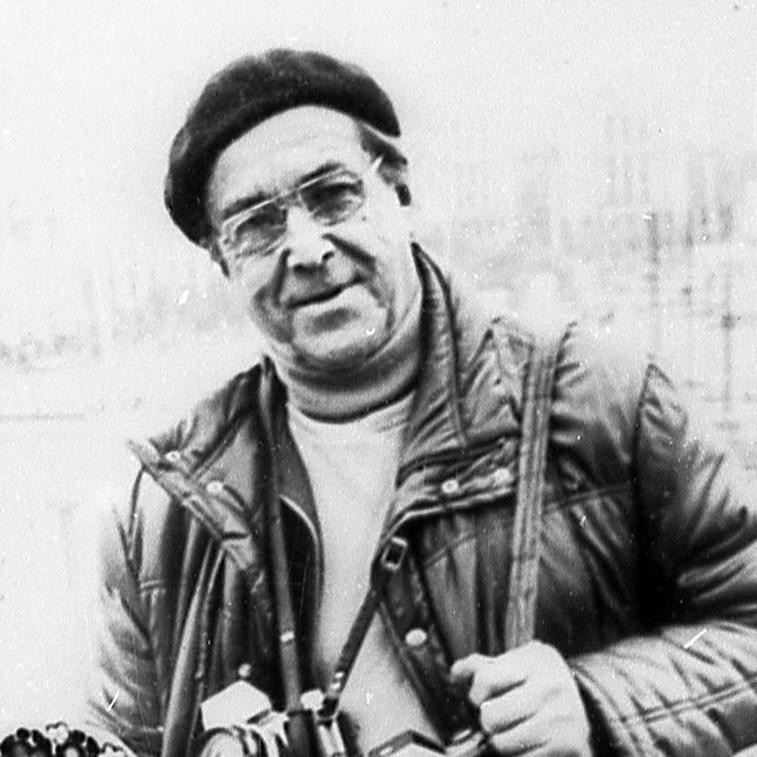 Boris Gradov (1908–1988) - Ukrainian photographer, famous for his portraits of Gagarin and Maxim Gork. He worked as a photojournalist for  «Ukraine» magazine. Boris began his career in his native Uzhgorod, in the editorial office of “Youth of Zacarpathia”. Among the most famous photographs of Boris are portraits of Maxim Gorky, Yuri Gagarin (Crimea, 1965). This photo was always at the Soviet orbital stations - it was the most replicated shot of Gagarin (and the favourite photo of his wife Valentina).

Borys Gradov (Boris Otryshkin) was born in Dubovskoye, a small village in the Russian Empire’s Don Cossack Host Province, in a merchant’s family. As a young man he left his home town in order to escape the tumultuous post-revolutionary rural life. In the nearest big city of Tsaritsyn (now Volgograd), he found apprentice work assisting a local photographer, from whom young Boris got to learn the trade as well. During World War II Gradov was called to military duty, having served as a photo lab technician and an aerial survey photographer. He was awarded multiple medals for his service, including the ones &quot;For Courage&quot; and “For Battle Merit”.

After demobilization, Borys was commissioned to western Ukraine to work as a photojournalist for the Youth of Transcarpathia newspaper. There, in Uzhhorod, he met a colleague - Iryna Pap - who later became his wife. In 1951 the young couple moved to her hometown in the capital of Ukrainian Soviet Republic.

During his Kyiv period, Borys Gradov worked at the Stalin&#39;s Tribe newspaper (later renamed Komsomol Banner), and eventually was hired by the famous Ukrayina magazine. In his premiere post, he authored countless stories and covers about Ukraine
and its people for over 30 years, until his death in 1988.
Among the Gradov’s most celebrated works are his portraits of Maxim Gorky (1932) and Yuri Gagarin (1965). His colleagues remember him as a “…tall, dignified, masterful photographer with a quiet professionalism, almost aristocratic manners. And always
wearing his beret.”

The archives left by the photographer are of indisputable and of great importance for Ukrainian photography.