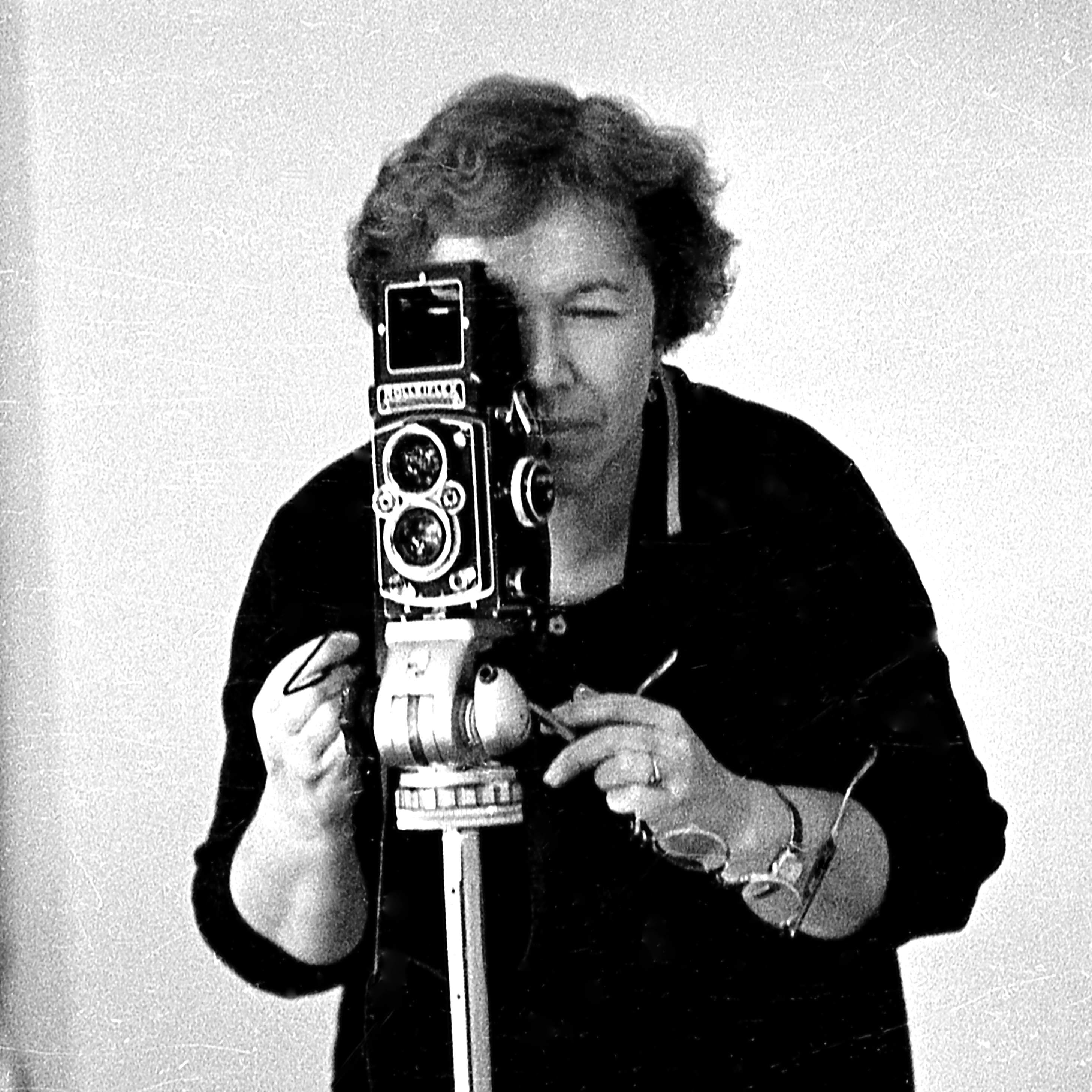 Irina Pap (1917-1985) is the legendary photo reporter, photo correspondent of the ‘Izvestiia’ newspaper in Ukraine, director of the Institute of Journalism within the Union of artists in Ukraine.
Iryna Pap (born Freida Pap) stands out from her contemporaries - and the significance of her legacy continues to grow.

In 1971, leading the Institute of Journalism, she opened the professional photography school, first in its kind.

Her power stems from the access she got for herself, the vantages she worked from, and her unbreakable spirit and fearlessness: she was one of the few Soviet female photojournalists working for the prestigious Izvestia newspaper, she was the first granted approval to take aerial photography of Kyiv’s reconstructed streets after WWII, and even ventured inside of a nuclear reactor turbine in her search of a better shot
Pap was born in 1917 in Odesa into a family of Jewish-Lithuanian printers and grew up in Kyiv. Right after her graduation from then newly formed Ukrainian Institute of Cinematography in 1941, the war took Pap and her family all over Soviet Union – from
Kuibyshev (Samara) to Uzhhorod and everywhere in between. Eventually, she came back to Kyiv.

Iryna’s work at Izvestyia (from 1958 to 1971) largely coincided with Khrushchev’s Thaw – an era of major infrastructural construction, economic growth, space exploration, and the weakening of ideological tension. It is, in a way, an official history written in the photographic language: appearing as both an authoritative document and a primary documentation of its epoch.
Iryna Pap is also well-known as a gifted educator, who in early 1970s launched the USSR’s first professional School of Journalism. She succeeded in cultivating high professional standards, introduced the idea of peer-to-peer and portfolio reviews, and as a result,
brought up the new generation of Ukrainian photographers.

In 1964 the German photography history guide listed her as one of the 20 best female reporters in the world.

In 2020, Irina Pap was among the 300 authors featured in the Parisian Editions Textuel of the book "The World History of Women Photographers" (Une histoire mondiale des femmes photographes). “This book, illustrated with 450 images, features the work of 300 women photographers from around the world from the invention of medium to the early 21st century. Women's efforts in the history of photography are the result of a long tradition of discrediting. Original and independent creators, they never stopped documenting, staging questioning and transforming the world, demonstrating that the camera can be a fantastic tool for liberation. "